By Kelly A. Omand 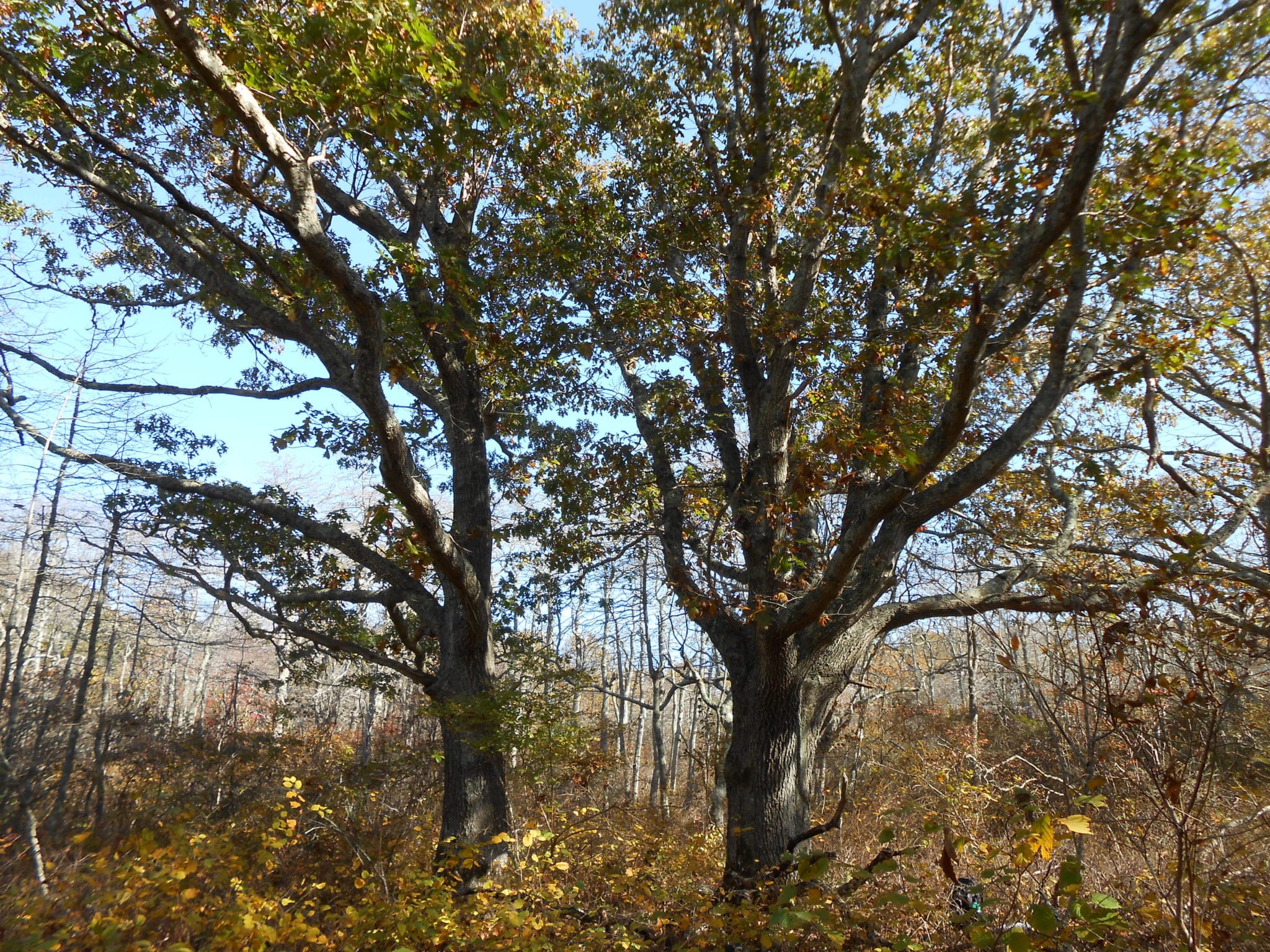 If you spend a lot of time looking upwards in the forests of Nantucket, you may have observed something sinister occurring in the canopy of our black oak (Quercus velutina) trees. When first noticed several years ago, it seemed like damage from the usual suspects; fierce storms and salt spray often have negative impacts on our forests at sea. Over time, however, the situation began to resemble a strange sort of “oak pattern baldness” that has worsened dramatically over the last two years. It became clear that white oaks and other tree species were not affected. Due to its history of deforestation and its isolation, Nantucket’s tree species diversity is lower than in nearby mainland forests, and many of our oldest trees are just past the century mark. That makes our scattered “older growth” trees, of which black oak is among the most common due to its salt and wind tolerance, even more prized.

While introduced pests such as the winter moth and gypsy moth have captured the news by defoliating large swaths of forests in other parts of New England, the recent attacks on our island black oaks were made by the newly-named species of oak gall wasp (Zapatella davisae). These tiny insects appear to have advanced northward along the coast, making themselves at home from Long Island to the Cape and Islands. In November of 2013, an article titled “Wasps infesting, imperiling area’s black oaks” appeared in the Boston Globe. Soon after, visiting scientists from Martha’s Vineyard spotted the signature damage on Tuckernuck during the Nantucket Biodiversity Initiative event in July of 2014. The gall wasps were noted for the first time on Nantucket later that fall, while entomologists were still sorting out the wasp’s identity, its life history, and its origin (click here for more information on the black oak gall wasp).

It’s unsurprising that these tiny wasps were able to fly under the radar; miniscule gnat-sized creatures, they spend their early life tunneling inside black oak twigs. Once arrived, they remain unnoticed by humans for a few years. Eventually the distinctive swollen knobs on the twigs have become widespread. That’s when people start to notice the dying foliage on the affected branch tips, known as “flagging.” As the infestation progresses, it becomes hard to miss — large areas of a tree’s canopy fail to leaf out in the spring due to repeated onslaughts of larvae, and strange clusters of leaves appear. Heavily infested trees are unable to recover, while ones nearby may be only lightly damaged.

It’s possible to inject affected trees with a pesticide early in the infestation, but that approach is only viable for a limited number of prized landscape trees; it’s just not feasible for an entire forest. Plus, treating the trees this way will likely kill a wide variety of insects that feed in a less destructive fashion on the oak twigs and foliage. In turn, this may have a big ripple effect. In his eye-opening book “Bringing Nature Home,” entomologist Doug Tallamy reports that oak species in the U.S. Mid-Atlantic region support 534 different species of butterflies and moths, making oaks a real biodiversity powerhouse for the insect world — and for the birds and other creatures that depend on these insects as a food source.

Canopy of black oak with damage due to oak gall wasp (photo by Kelly Omand, NCF).

In 2016 and 2017, Nantucket Conservation Foundation (NCF) Science and Stewardship staff encouraged University of Massachusetts at Amherst PhD student Monica Davis and her advisor, Dr. Joe Elkinton, to visit Nantucket. Davis studied the oak gall wasp intensively for her doctoral dissertation, now completed, and collected samples from forests all over southern coastal New England. In fact, the oak gall wasp is now named in her honor. She discovered that twigs from some locations had few emerging live oak gall wasps, but lots of parasitoids – what we would consider “beneficial insects.” These are other tiny predatory species of wasps that lay eggs on the gall wasp larvae, consuming them before they reach adulthood. A “who’s who” list of emerging twig insects can tell a lot about the levels of oak gall wasp damage to expect at a particular site. High numbers of predators and low numbers of emerging gall wasps translate to less damage for the trees.

During the scientists’ spring visits to the Nantucket, they toured black oak areas to gauge our infestation relative to the Cape and other coastal sites. Nantucket appears to be at an earlier stage, since the insects took longer to arrive on island. Those visits left many questions remaining: are there enough beneficial parasitoids to bring the Nantucket infestation under control quickly? Will some of our prized large black oak trees remain healthy for the future?

This June, NCF and the Nantucket Land Council partnered to sponsor a new student research project in Dr. Elkington’s entomology lab. The student, Biology major Cameron Smith-Freedman, will identify insects emerging from Nantucket twig samples, identifying and counting parasitoids and gall wasps. These data can be compared to data from other areas like Long Island, NY, where the major wave of damage took place in the 1990s, but has since petered out due to the rise of the beneficial insects. If Nantucket lacks the most important parasitoids, they could possibly be reared from a nearby source and introduced to the island to help protect our black oaks for the future. Results of this research will be presented to the public on Nantucket at a future date, so stay tuned for more updates as the story unfolds.

*Please note, this blog post was originally published in The Inquirer and Mirror on July 27, 2017  in the article series called Island Ecology. The Foundation’s Science staff regularly contribute to our local newspaper and reprint the articles here the following week.

The Nantucket Conservation Foundation is a private, non-profit land trust that depends contributions from our members to support our science projects, conservation property acquisitions and land management efforts. If you are not already a member, please join us!  www.nantucketconservation.org