The Foundation’s Ranger Program is an important part of the interpretation, management and oversight of our extensive conservation land holdings. Our rangers work seasonally, spending their time patrolling their assigned properties, interacting with visitors, maintaining trails and removing trash. During the busiest time of the year, they serve as our "eyes and ears" and are the face of the Foundation.

Allen Reinhard served as the Middle Moors Ranger for the Foundation beginning in 1991, residing in Heath House (our Middle Moors Ranger Station) in the eastern moors between May and October. In addition to his ranger duties, Allen plays a vital role in the education of our members and the public on the topics of conservation, preservation and history of our properties by co-leading the Mornings for Members interpretive walks in cooperation with Neil Foley, our Interpretive Education Coordinator & Ecologist.

The Foundation also maintains a ranger presence on its Coatue property holdings to interact with beach visitors arriving by vehicle and boat, monitor and protect rare nesting shorebirds and colonial waterbirds, and supervise public use of this pristine wildlife refuge during the spring and summer. For over 30 years, the Craig family has made this program possible by allowing the Foundation to use their Bass Point cottage as a ranger station. Their generous donation of the cabin and the land it sits on in late 2019 has allowed this important work to continue. The Coatue Ranger/Shorebird Monitor works closely with our Properties Maintenance and Science and Stewardship Department staff. Neil Foley served as the Foundation’s Coatue Ranger/Shorebird Monitor from 2014-2019 and has now joined the year-round staff as Interpretive Education Coordinator & Ecologist. With Neil's new role, the position of Coatue Ranger/Shorebird monitor is hired every year, allowing a lucky individual to serve for a 6 month term in one of the most immersive and fascinating jobs on the island. 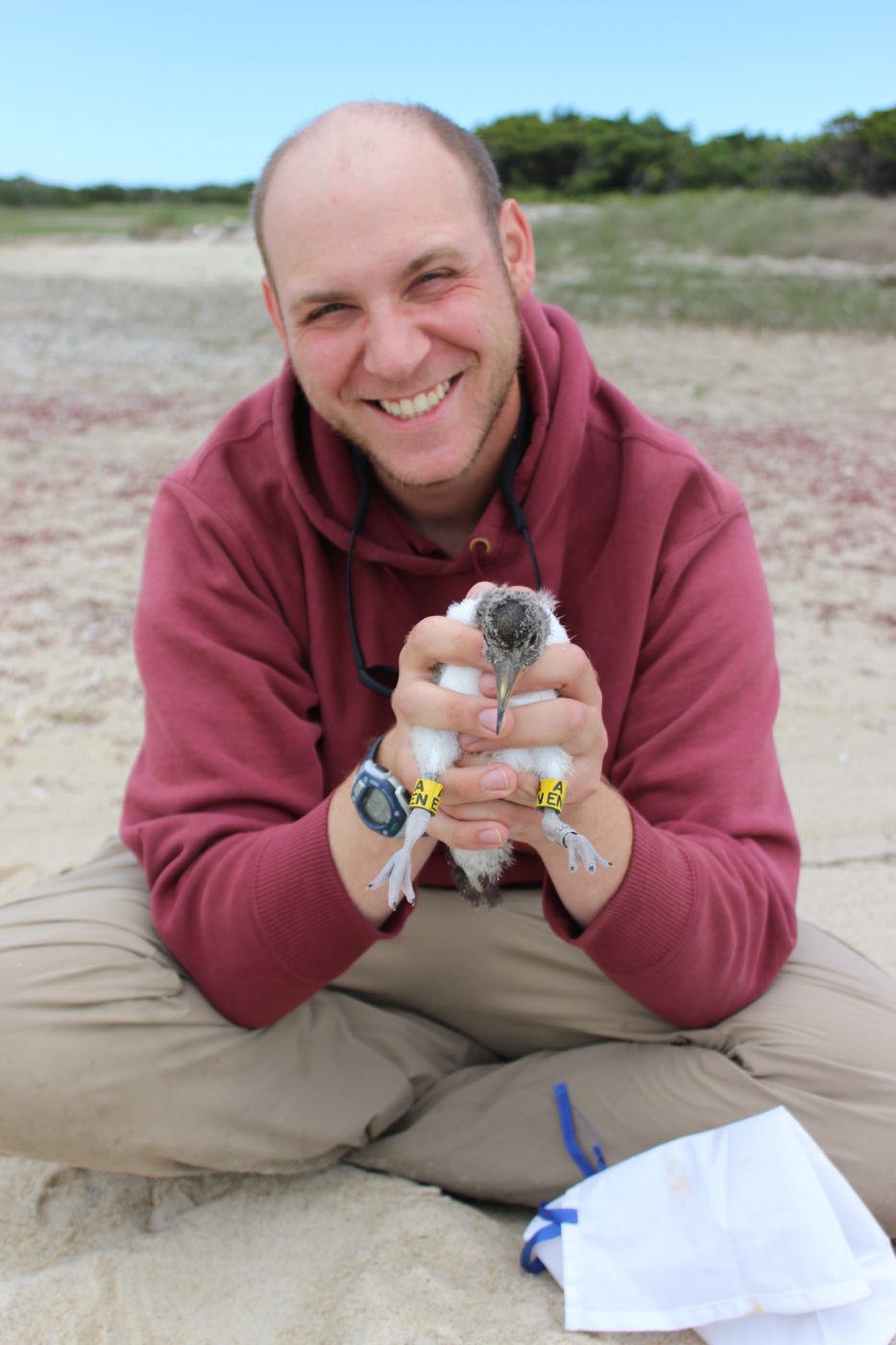