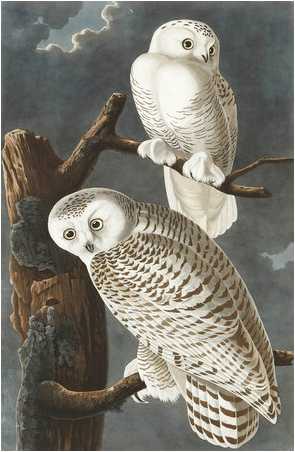 On Wednesday morning, December 4th, there were reports of 11 individual snowy owls on Nantucket and Tuckernuck, with sightings on Eel Point, Smith’s Point, Low Beach, Tom Nevers and Coatue! While the presence of snowy owls in the winter on the Cape and Islands is certainly not uncommon, this very well may be the greatest number of individuals present at once on Nantucket in recent history! This winter is shaping up to be what birders call an irruptive year with higher than normal numbers of snowy owls being reported in the eastern US, and as far south as the Outer Banks of North Carolina and as far east as Bermuda!

The snowy owl is North America’s heaviest owl, weighing anywhere from 4-6 pounds. They are easily recognizable by their size and coloration. Adult males are nearly pure snowy white while females and juvenile birds are white with dark barring on the breasts and wings. 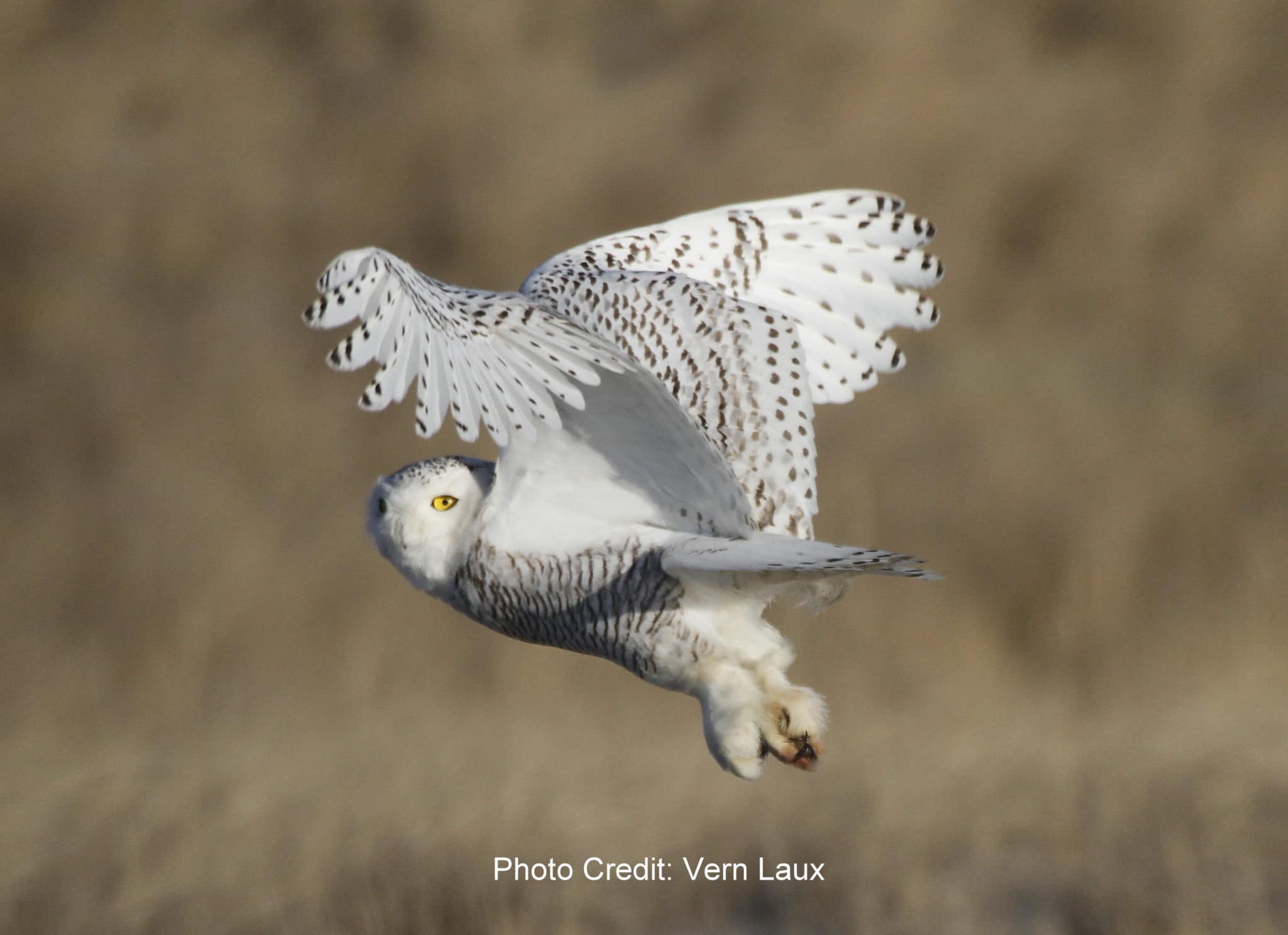 Snowy owls are ground-nesting raptors that breed in the Arctic tundra and feed mainly on lemmings though they will take other small mammals and birds as well. According to the Cornell Lab of Ornithology, John James Audubon reported viewing a snowy owl lying by the side of an ice hole waiting for fish, which it would catch with its talons! While most owls hunt by night, snowy owls are primarily diurnal hunters by necessity as they breed in the Arctic – land of perpetual summertime daylight. Snowies are more adept fliers than other owls and will aggressively defend territories from other snowies and fiercely protect their nests from mammalian and avian predators including eagles, fox and even wolves. Some have been known to return year after year to specific wintering grounds and will defend winter territory from other snowy owls.

They move south in the winter to southern Canada and northern United States. Certain years experience what are known as irruptions of birds where greater numbers than usual are reported and they are reported farther south than normal. Irruptions are thought to be driven by either high nesting success attributed to plentiful prey (lemmings, like many small mammals, experience cyclical boom and bust years) or to the lack of prey in traditional, northern wintering grounds which forces hungry birds to move south in search of food. The last irruption year was 2011 – that event saw birds scattered widely across the United States, whereas this year, so far, snowies are only being seen in large numbers in the east and Great Lakes region. The following two maps were taken from ebird.org and show the difference in the range of birds between Nov/Dec 2011 and 2013: 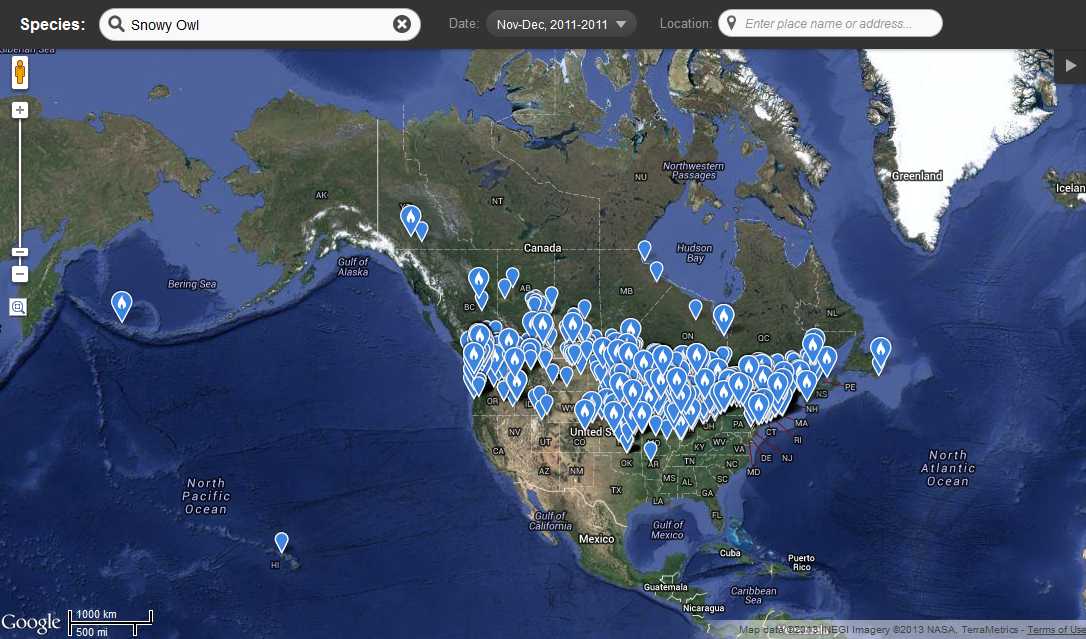 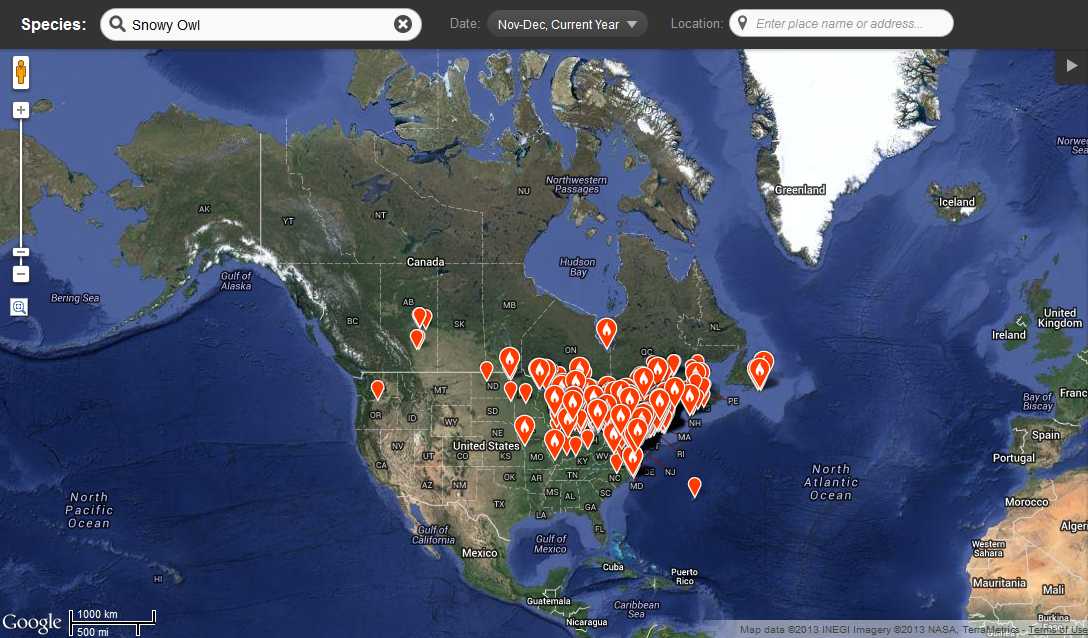 According to ebird.org, the number of snowy owls reported in the northeast so far this year already far exceeds what was reported through the end of December in 2011!

They prefer open meadows and dune habitat for hunting and on Nantucket they are generally found sitting in beach grass, watching and waiting for unlucky prey. You might be lucky enough to see these birds by visiting Eel Point, Great Point, Smith’s Point or Coatue. Scan the dunes with your binoculars looking for white bumps in the beach grass. Please remember to let nature be and do not to approach or disturb these birds! Watch and enjoy from a distance. Wear your orange as well as it is hunting season!

Many thanks to local birders Edie Ray and Vern Laux for infomation on current and past sightings and for supplying photos! 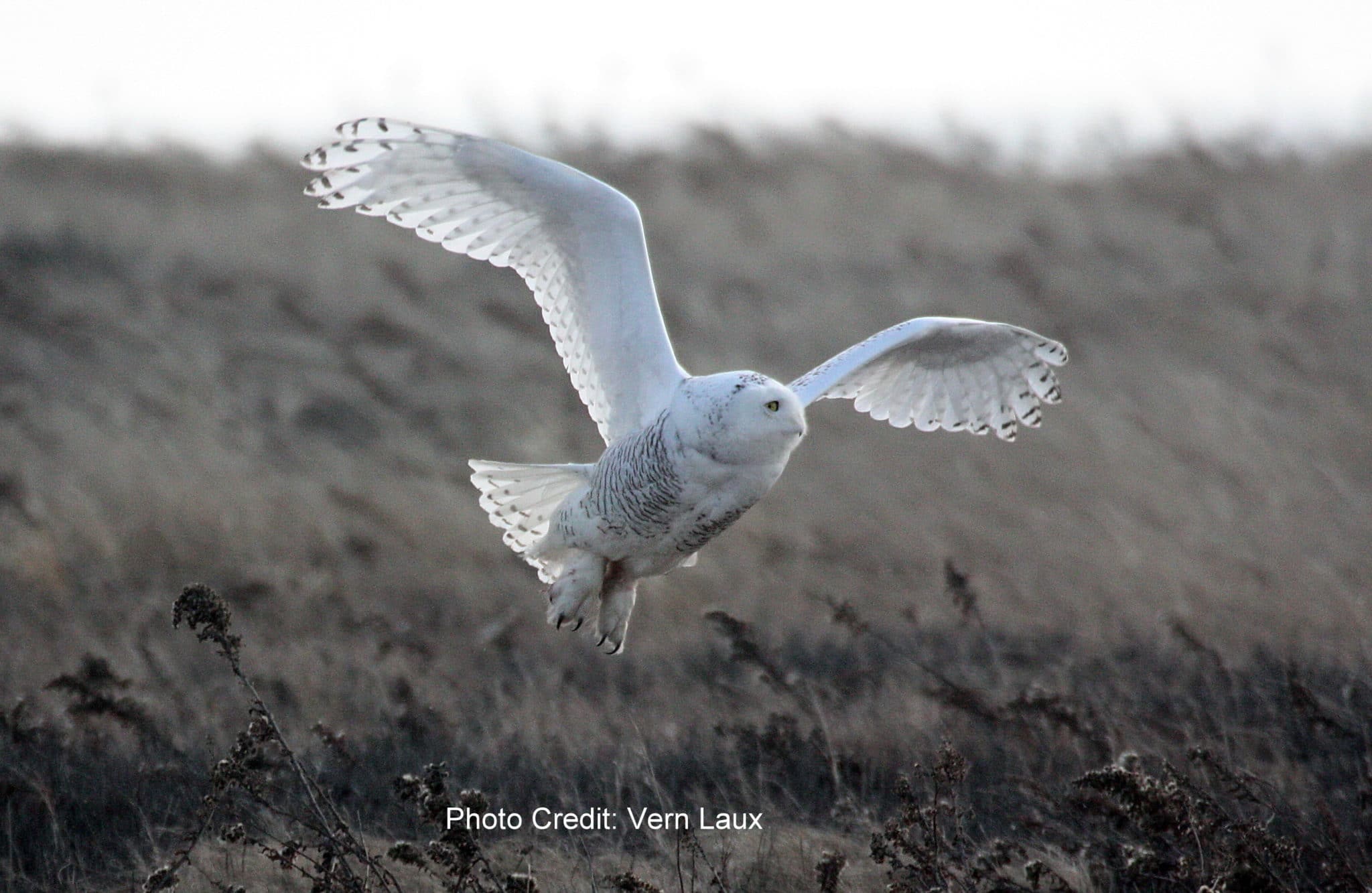