Bash in the Bog

Join us for a memorable evening at the Milestone Cranberry Bog on July 11, 2020 from 6pm - 11pm. Savor cocktails and appetizers while enjoying breathtaking views of hundreds of acres of conservation property.  Dance the night away to the sounds of the critically acclaimed band, Sixwire.

For more information and secure a sponsorship, please contact Grace Hull at ghull@nantucketconservation.org or (508) 228-2884.

Individual tickets are $300 each and will be available in May 2020. Check back for more information.

Ever since their debut on Warner Brothers Records, the members of Sixwire have been the busiest, hardest working band to come out of Nashville. Making themselves the “go-to“ guys for television with stints as house-band on USA Network’s NASHVILLE STAR, FOX’s NEXT GREAT AMERICAN BAND, CMT’s NEXT SUPERSTAR, and ABC’s dramatic series “NASHVILLE” as well as appearances on , THE TONIGHT SHOW WITH JAY LENO, THE LATE SHOW WITH DAVID LETTERMAN, SATURDAY NIGHT LIVE, THE TODAY SHOW, GOOD MORNING AMERICA, THE VIEW, THE GRAMMY AWARDS, CMT's FLAMEWORTHY AWARDS, THE ACM AWARDS, THE CMA AWARDS, and many more. Not only have they played on countless hit records, but they’ve written hits for many top artists as well, and toured with literally hundreds of stars. Through the years, members of Sixwire have played in the bands for FAITH HILL, ALABAMA, RANDY TRAVIS, RICHARD MARX, DELBERT McCLINTON, PHIL VASSAR, STEVE WARINER, PAM TILLIS, DOLLY PARTON, OLIVIA NEWTON JOHN, VINCE GILL, LEE GREENWOOD, BJ THOMAS, and many others.  Sixwire members have written songs that have been recorded by TIM McGRAW, BROOKS & DUNN, CHRIS CAGLE, SIR CLIFF RICHARD, LEE GREENWOOD, JOHN MICHAEL MONTGOMERY, GEORGE CANYON, PHIL VASSAR, CAROLYN DAWN JOHNSON, and many more. 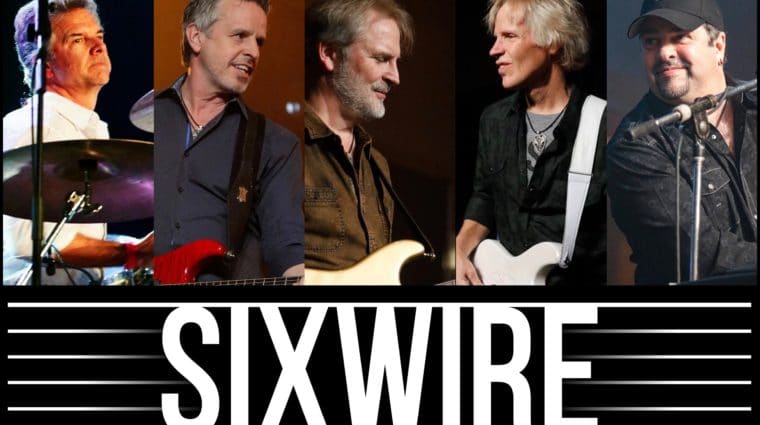